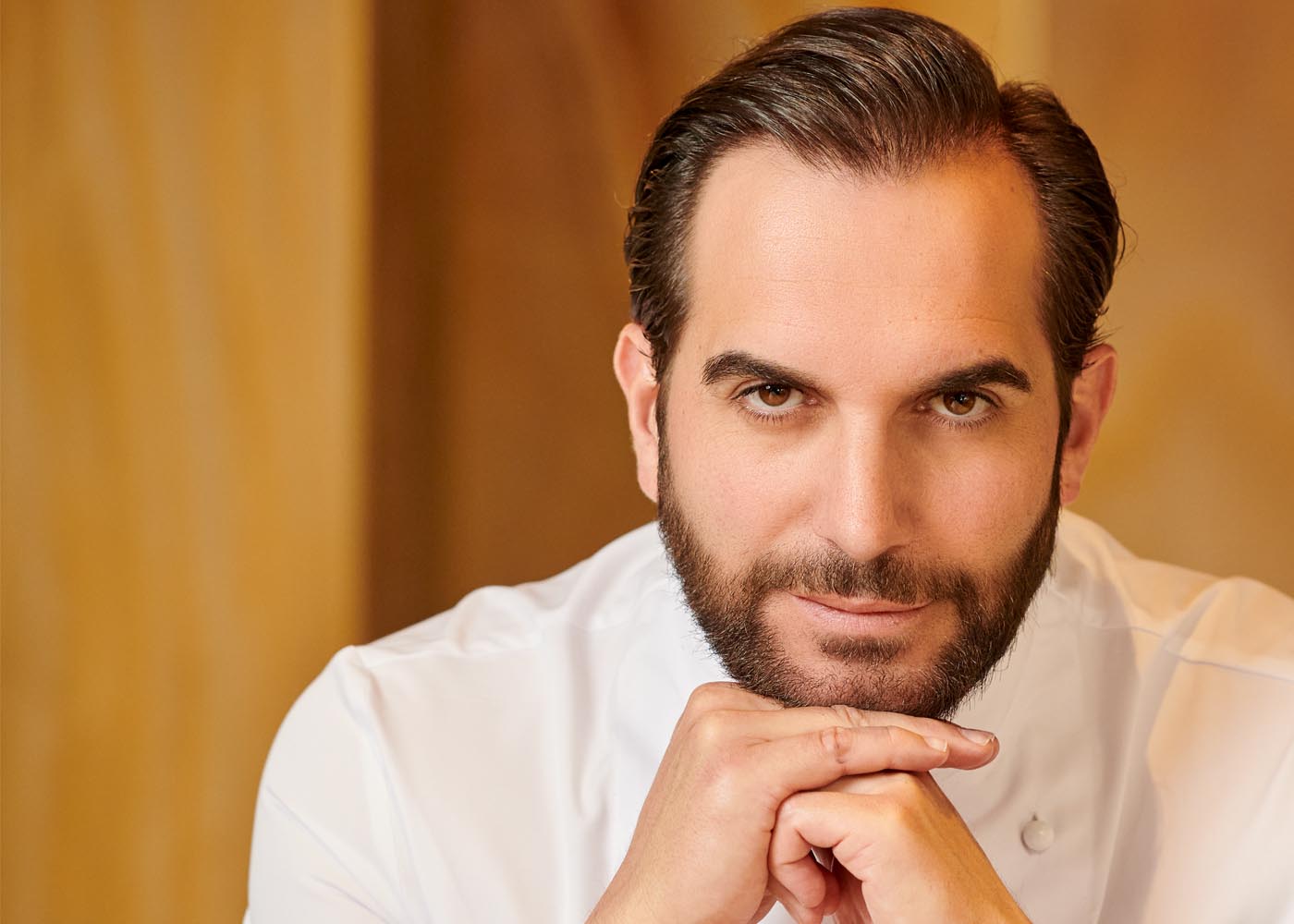 ”It’s the perfect mouthful, with a mystical side because Jamón Ibérico has different nuances that bring different flavors. It’s the Spanish product! For some of the most special dishes on our menu we use Jamón Ibérico and sometimes even some part of it to enhance the flavour of the dishes, as is the case with our vegetable dish in which we use a bordolese that we extract through the white and beneficial fat of the jamón like butter, thus achieving an exquisite flavour.”

Chef Mario Sandoval leads the culinary team at Restaurante Coque, which has been awarded 2 Michelin stars, 3 M stars in the Metrópoli Guide, and 3 Soles in the Repsol Guide.

Alongside his work at the head of Restaurante Coque, he carries out an intense business and research activity that includes the coordination of catering services in his own spaces and catering and gastronomy consultancy for companies and restaurants, leading the gastronomic proposal of the Hotel Orfila in Madrid, the only Relais&Chateaux in the capital.

In addition, he participates in healthy restaurant proposals and researches new gastronomic registers, techniques and technologies that place him at the forefront of Spanish cuisine.