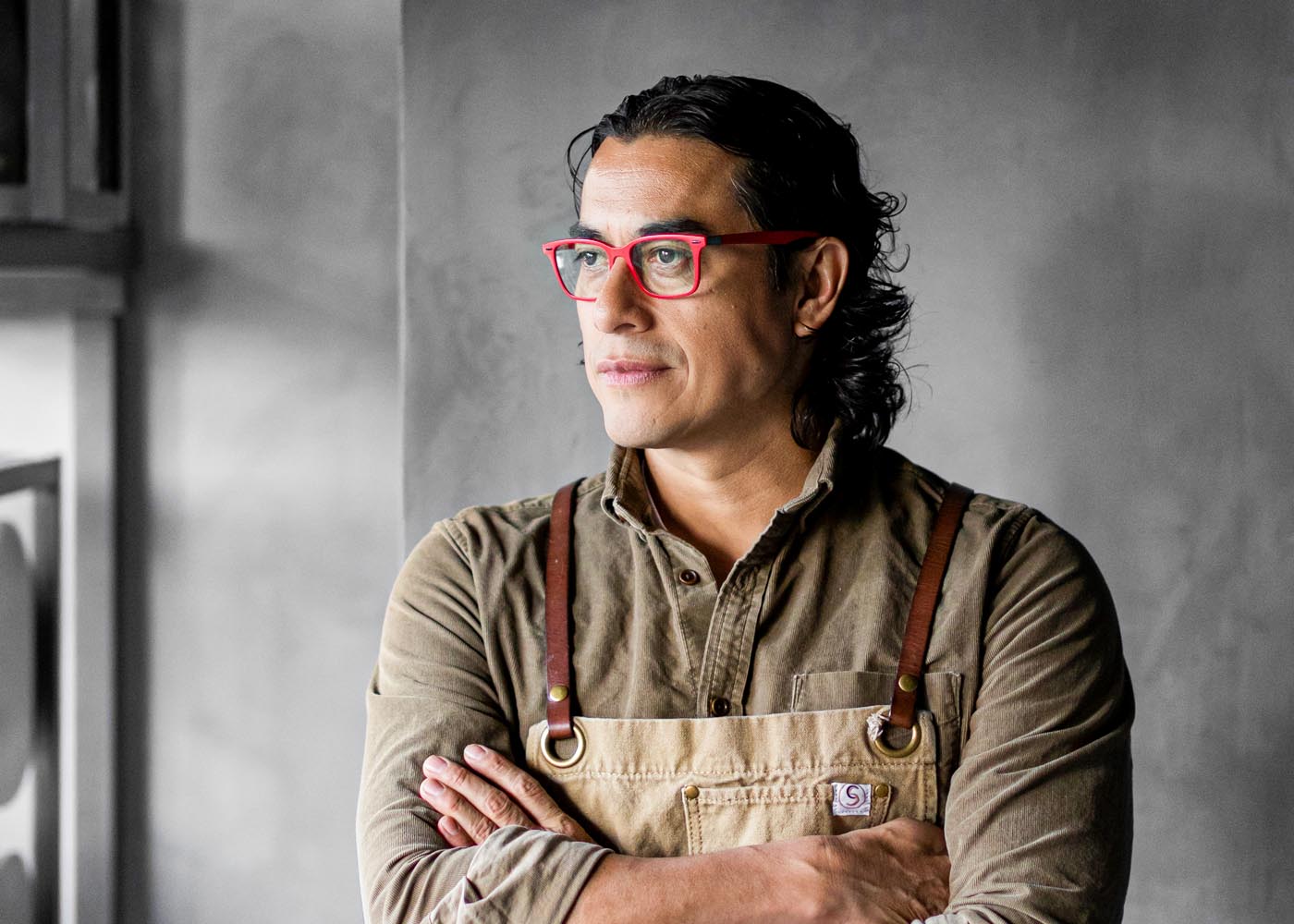 ”Jamón Ibérico is a product highly respected for its culture, history and elaboration. I am impressed by the love and passion they have for Spanish culture.

Jamón Ibérico is a product of the highest quality, with such a special elaboration process that I am impressed by this exceptional way of representing an entire country.  I am thrilled to be a part of this project and honored to use it in my preparations. I can integrate it into my kitchen with toasted bread and saffron aioli, but its flavour is so pure and exquisite that it doesn’t require complex preparations”.

Carlos Gaytán is the first Mexican chef to receive a Michelin star for his restaurant Mexique.

In addition, this restaurant was considered one of the best restaurants in the U.S. by the prestigious Chicago Magazine.

His cooking combines the techniques of French cooking and the ingredients of traditional Mexican cuisine.

In 2018, he opened a new restaurant at the Xcaret Hotel in Mexico’s Riviera Maya, called Há.

All this helped him to receive the Chef of the Year award, given by the American Culinary Federation.