JAMONES IBÉRICOS FROM SPAIN, “AMBASSADORS” OF THE FILM FESTIVAL WITH MORE FLAVOUR

It was only natural for Jamones Ibéricos from Spain, as Ambassadors of European culture, to be featured at one of Spain’s most emblematic film festivals: the San Sebastián International Film Festival.

Once again this year, with the support of the EU, we acted as sponsor at the event, spurred on by its worldwide reach and its clear international projection, values shared with Jamón Ibérico.

It is a “picture-perfect moment” to consolidate the image of Jamón Ibérico as a gourmet product, one that is unique in the world, as well as to awaken the “Sentido Ibérico” in thousands of people across the globe.

In the words of Antonio Prieto, President of ASICI, “both Jamón Ibérico and cinema are unique sensory experiences that make any moment unforgettable. This is why there is such a natural relationship between cinema and Jamón Ibérico.”

In fact, Jamón Ibérico has been the protagonist of great films throughout the history of cinema, such as “La Vaquilla”, “Jamón, Jamón”, “La Gran Familia”, “Ocho Apellidos Vascos” and the Oscar-winning “Entre Copas”, another example of the close link between Jamón Ibérico and the big screen.

During this festival, Jamón Ibérico was “on everyone’s lips”, and celebrities had the opportunity to enjoy slicing exhibitions at the hand of our master slicers, and also savoured its unmistakable flavour, aroma and texture.

In addition, the President of ASICI awarded actor Karra Elejalde with a Jamón Ibérico in recognition of his solid and successful career. Jamón Ibérico has already been awarded in previous editions to stars such as Viggo Mortensen, Johnny Depp, and Ricardo Darín, among others.

As in previous editions, Jamones Ibéricos played an active role in the activities that take place at the Festival. From the Boulevard (facing the Town Hall), where the Jamón Ibérico stand became the meeting point for discovering the exciting universe of this culinary gem, to the themed dinners at the Basque Culinary Center, where attendees were able to enjoy an exhibition of the art of slicing by master slicer Sylvain Foucad, who elevated the presentation of our Jamones Ibéricos to artistic heights, on a par with the great stars from the big screen. 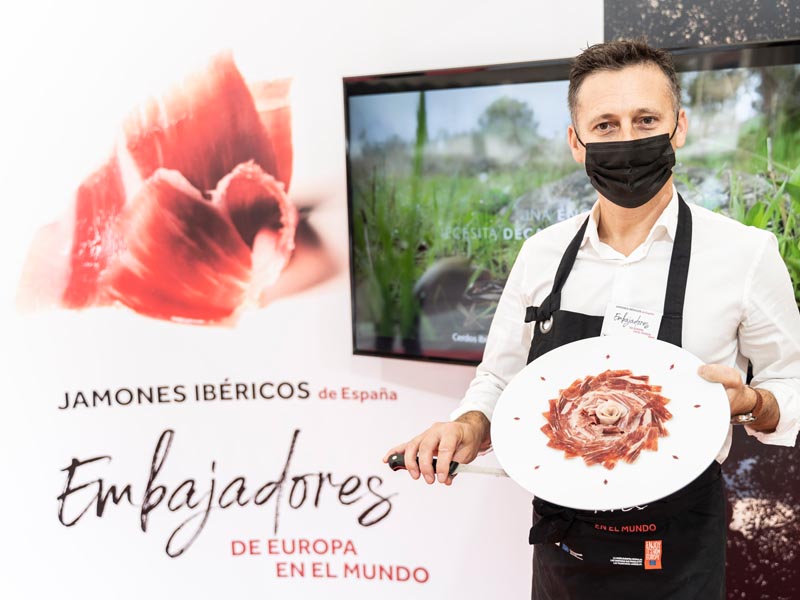 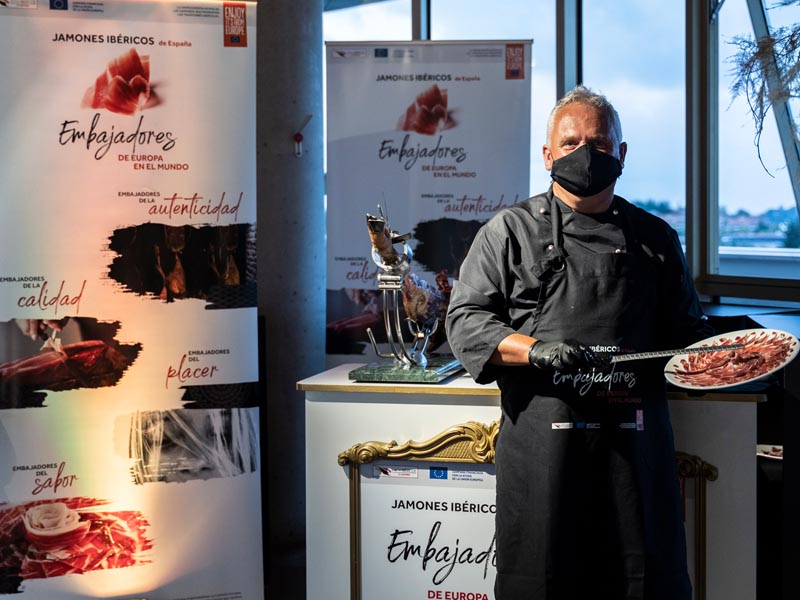 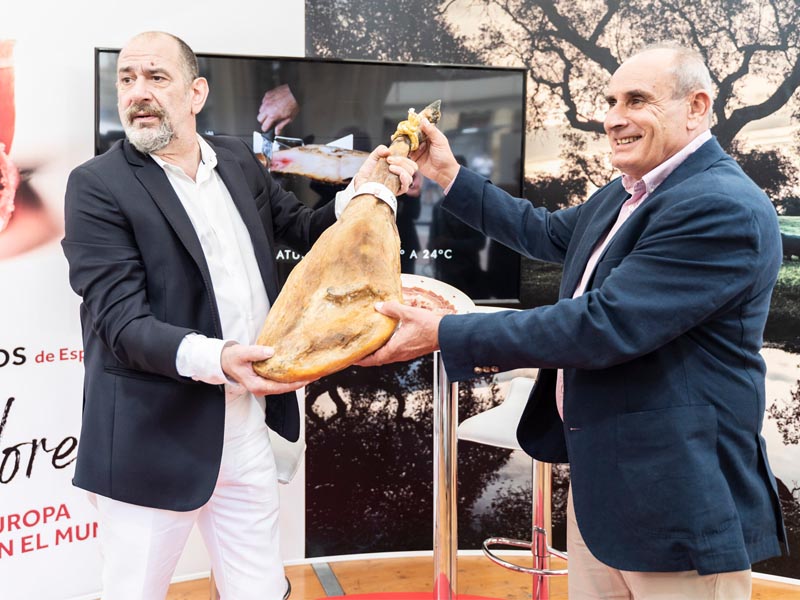 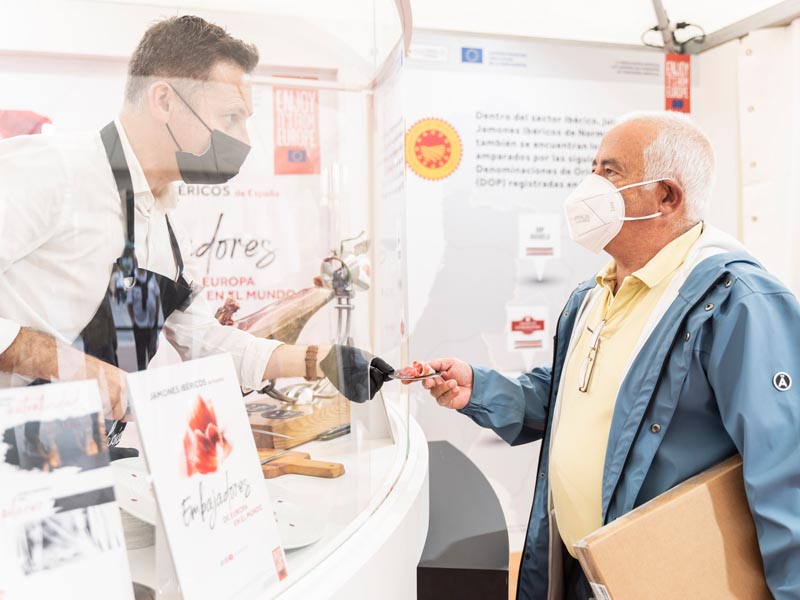 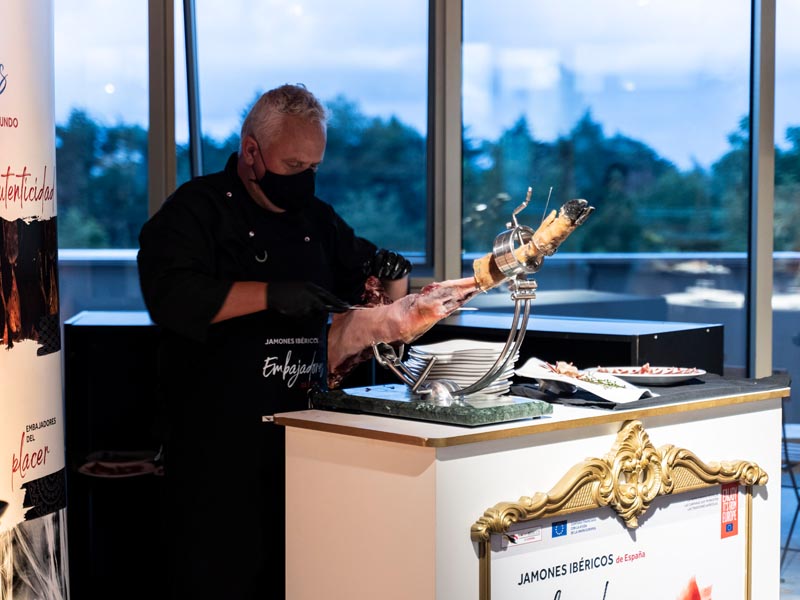 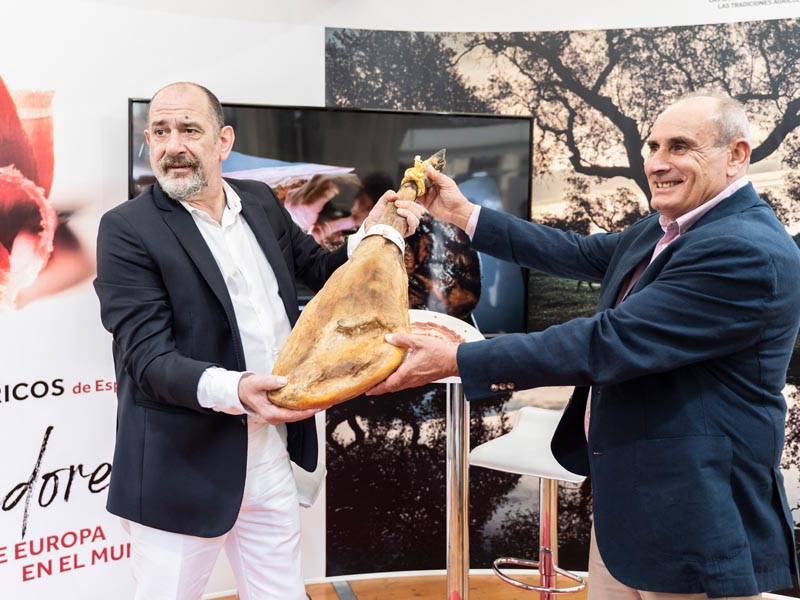 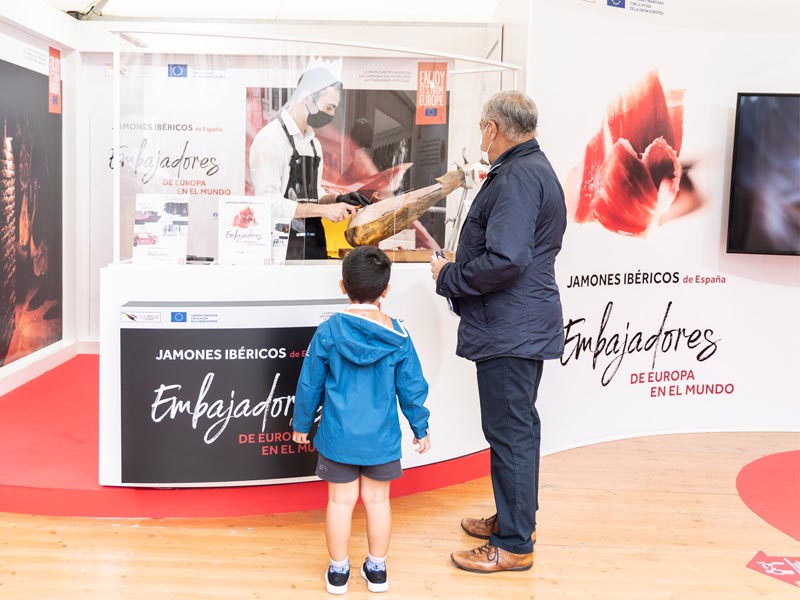 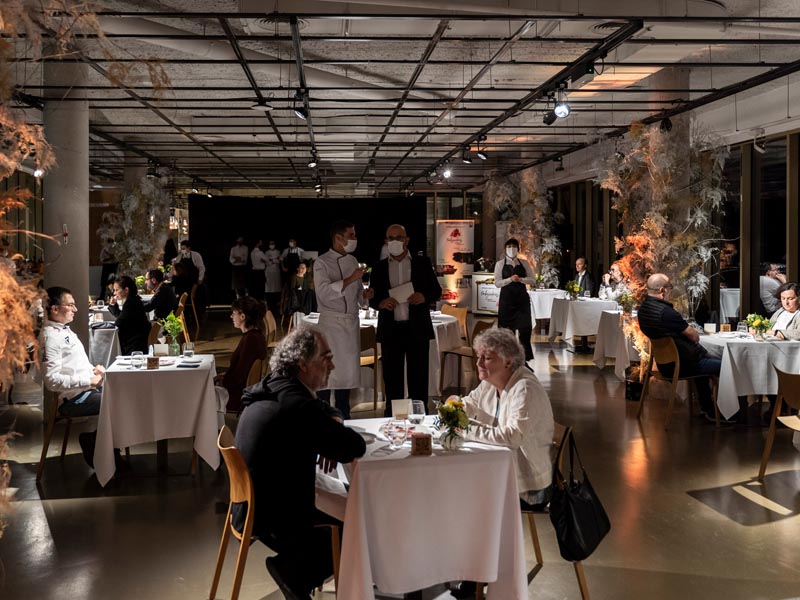 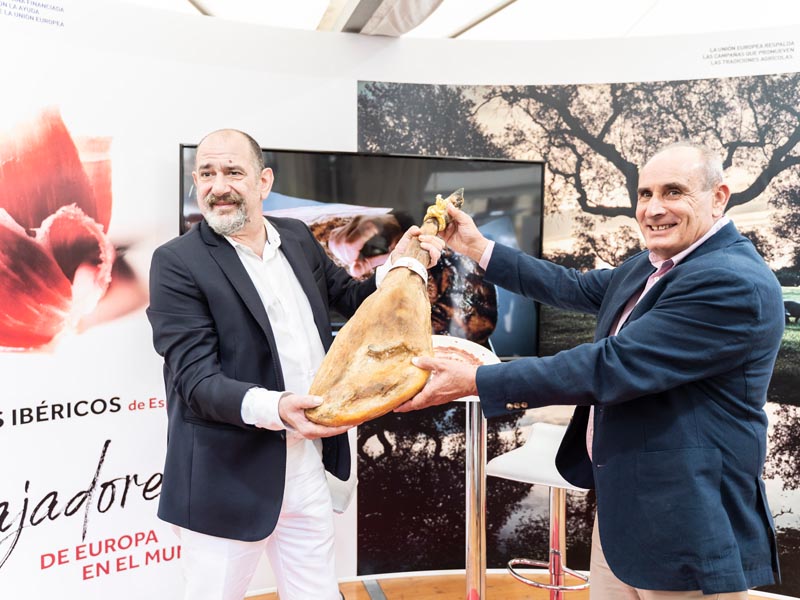 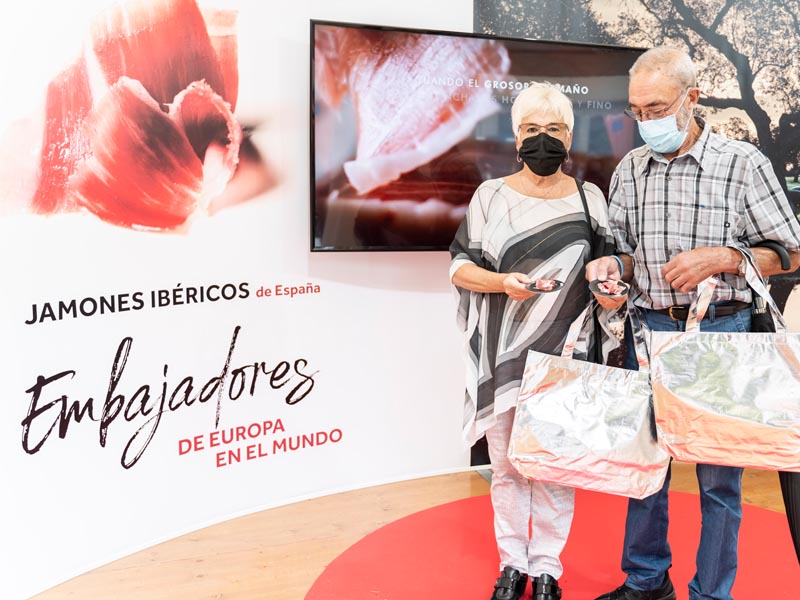 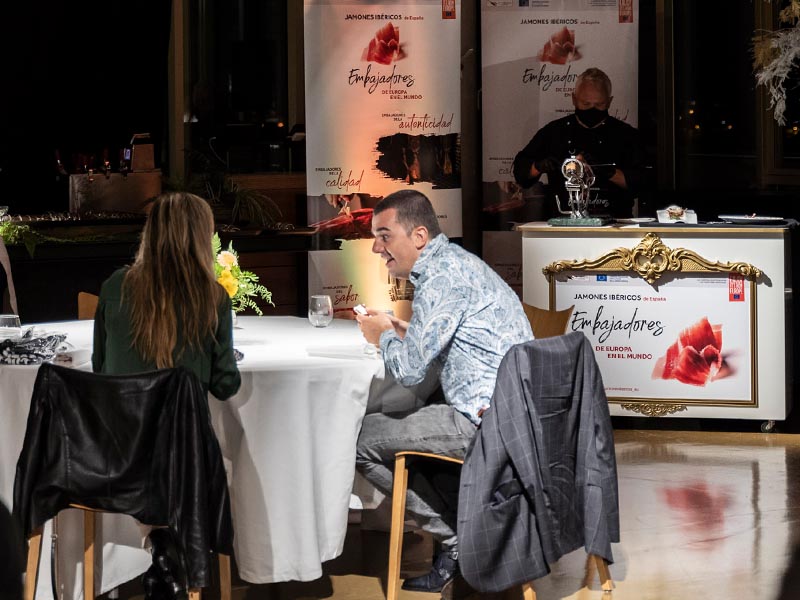 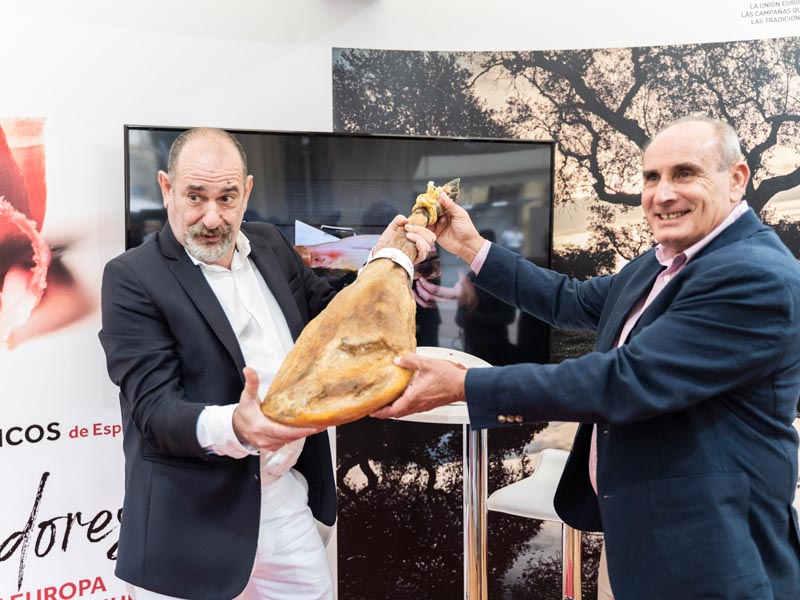 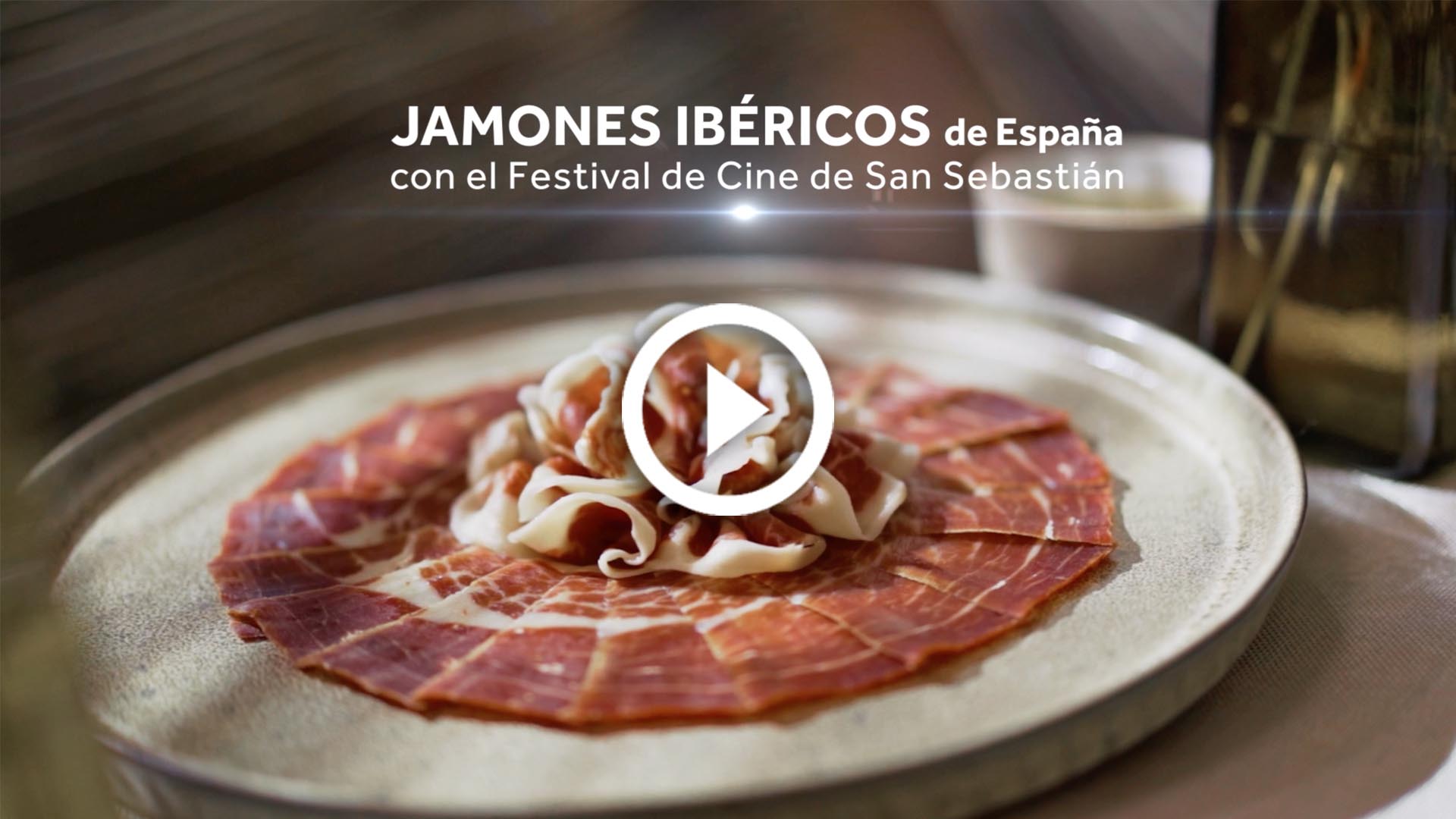